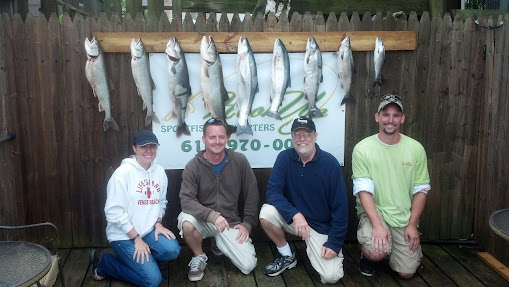 I love fishing!  I very rarely get the chance to actually go fishing but what’s not to love!  Endless hours of sheer boredom and waiting followed by maybe 15 minutes of excitement!  The 2 most exciting moments for me were a week-long fishing trip years ago up in Canada with my best friend Dennis when I caught a 36 inch northern pike and an early morning Lake Michigan charter off South Haven with Jaime, Josh and baby Josh a few years ago where we hit the jackpot (see the pic)!  And that big catch in South Haven doesn’t even include all the fish that got away, the ones we had on the line but lost and the ones that were too small to keep and we had to let them go.

Which brings us to today’s Gospel and Jesus’ story of a big catch of fish; some were kept and some were tossed away, good fish and bad fish, the keepers and the ones that got away!  The ones who were brought into the Kingdom or the ones condemned to a different fate?

So what sort of fish are we?  Are we the fish that were too small to keep?  The fish that hadn’t grown big enough, hadn’t grown enough in their faith or in their Christian service?  The ones that still needed some time to mature in their faith?  Are we the ones who were so prideful and selfish that we took the bait, to begin with, but deliberately chose to spit out Jesus’ hook and then go our own way?  Or are we the ones that Jesus caught and brought into the boat (the Kingdom), the ones who had fruitfully grown in the faith?  The ones who heard Jesus’ message and responded in word and action? 33 rd Sunday in Ordinary Times Gospel – Luke18:1-8 “Ordinary” Times? Storms Over Mt. Carmel And the countdown has begun!   Thanksgiving is just 11 days away!! Are you ready?   Are you prepared??   For us, the cleaning starts this week – dusting, cleaning floors, straightening shelves, figuring out creative ways to hide the mess, etc.   Add to that honey-do list -    decorating, invite guests, counting chairs, planning the menu, grocery shopping, and setting the table!   And that doesn’t even include cooking the bird, baking the pies, mixing and arranging the side dishes!   And yes there will be zucchini bread! It is exhausting for all involved.   But, in the end, it’s Ginger’s favorite holiday, particularly when we all gather around the table to share food and family, love and conversation.   And, after the past year and a half, this year feels extra special.   This year we really do get to plan and clean and cook.   This year we actually do welcome family back into ou
Read more
March 06, 2022 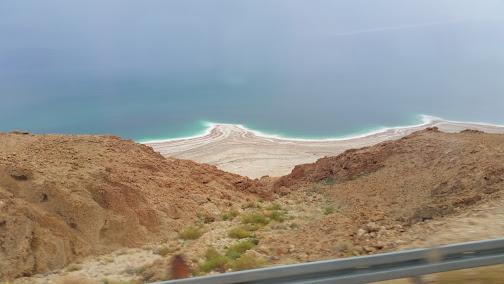 1 st Sunday of Lent       Gospel – Luke 4:1-13 A Blank Sheet Judean Desert Near the Dead Sea As most of my former students can attest, my exams and tests were never what you would call normal!   I was always looking for a slightly skewed approach that would challenge them to think creatively and re-present the class material in a unique way.   So when we gathered for a test on Buddhism, I tried not to disappoint!   I handed out a simple blank sheet of paper and gave them this one ‘simple’ direction.   Create a poster with the following theme:   Everything You Need to Know about Buddhism.   What followed was 45 minutes filled with a furious scribbling of pens, pencils and markers.   Most used the entire time period and completely filled their paper with a variety of words and drawings, of terms and symbols related to Buddhism.   And all of them completely missed the point!   Buddhism has absolutely nothing to do with “knowing”. You can’t actually teach Buddhism; you hav
Read more
December 12, 2021 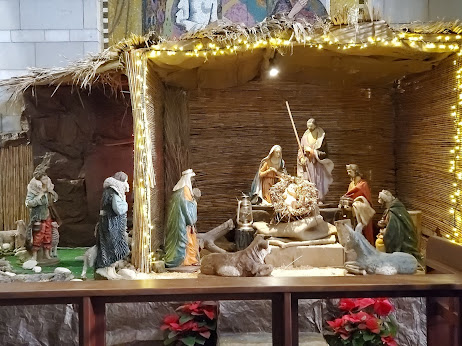 3 rd Sunday of Advent Gospel – Luke3:10-18 Let’s Get Excited! Manger Scene, Basilica of Annunciation, Nazareth You know that feeling back when you were little and Christmas was getting closer and closer and you just couldn’t contain your excitement.   You probably drove your parents crazy – how many days til Christmas???   It was almost like you were a living breathing Energizer Bunny with all that pent up energy!   That’s what today is all about! As we continue through the Season of Advent and prepare for Christmas, many of the Gospels of the day focus on John the Baptist and today is no exception.   John reminds the people – I am NOT the One!   The One who is coming after me is mightier than I and I am not even worthy to loosen the thongs of His sandal. I baptize with mere water.   He will baptize with the Spirit.   As excited as the people are with John, he reminds them that someone even better is coming!   Now that is something to get excited about! We celebr
Read more