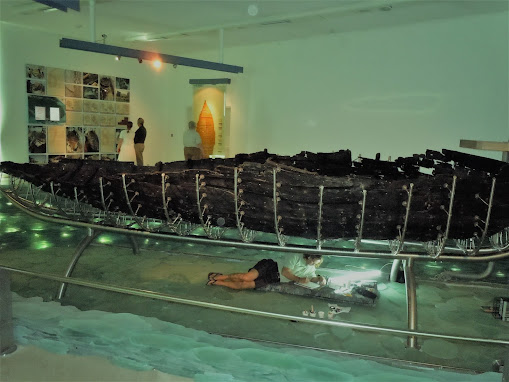 Tuesday – St. Andrew     (revisited) Gospel – Matthew4: 18-22 Answering the Call “Jesus Boat”, Sea of Galilee If you’re like me, your cellphone is permanently attached at the hip and you never go anywhere without it.   It’s our calendar, our camera, our documents and apps; it’s our email lifeline to the world. But in all its complexity, it is still plainly and simply a phone.    And every day it presents us with choices – do we answer the phone, do we recognize the number! It’s a process we are all familiar with.   The phone rings; is the number familiar?   If it isn’t, I regularly ignore and decline the call.   If I recognize the number, then it’s more complicated.   I can choose to answer it or I can deliberately decide I don’t want to talk to this person.   A simple call but so many options! We commemorate today the Feast of St. Andrew the Apostle, brother of Peter, patron saint of fishermen and singers, of Scotland and Russia.   He was martyred on an X-shaped c
Post a Comment
Read more
November 29, 2021 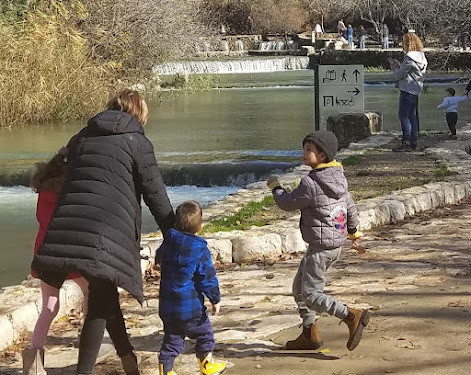 Monday – First Week of Advent Gospel – Matthew8:5-11 Have a Little Faith Caesarea Philippi Way back when I was little, I remember our family went to the movies. It was my first horror movie and it did not go well.   Every few minutes I kept asking to go to the bathroom.   My Dad finally caught on and he ended up having me sit next to him. And until the movie ended, every time a scary part came on screen, he would take his hat and cover my eyes.   Yes, my Dad never went anywhere without his hat. Was I embarrassed?   Teased or singled out for my fear?   Not in the least!   In fact, what I felt was safe; I felt a tremendous sense of faith!   My Dad was looking out for me.   He didn’t berate me or tell me to ‘man’ up.   I felt protected and covered, not only by his hat, but by his love! That is what I see in today’s Gospel.   The Roman centurion had FAITH!   He trusted that Jesus would look out for him, protect him and his family, even his servants!   He knew all he ne
Post a Comment
Read more
November 28, 2021 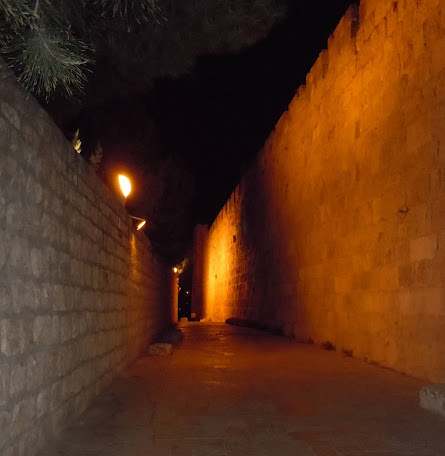 First Sunday of Advent Gospel – Luke 21:25-28, 34-36 Signs and Omens The Walls of Jerusalem Years ago one of my best friends passed away after a long and painful battle with cancer.   On that last day, his wife called me from the hospital and asked me to pick up their 3 little girls from school and bring them to say their last goodbyes.   Needless to say, it was a difficult drive and a painful conversation. After we arrived, we all gathered around his bedside and said prayers and farewells as he slowly took his last breath.   Did we know that day was coming?   Of course!   Were we prepared?   Hardly!   Are we ever really and fully prepared? Ending are hard no matter the circumstances.   Some endings we know are coming.   We see the signs and we can either prepare for them as best we can or we can choose to ignore and deny the inevitable.   Other endings take us completely unawares, like my Dad’s passing.   It comes out of nowhere and hits us like a lightning bolt.
Post a Comment
Read more
November 27, 2021 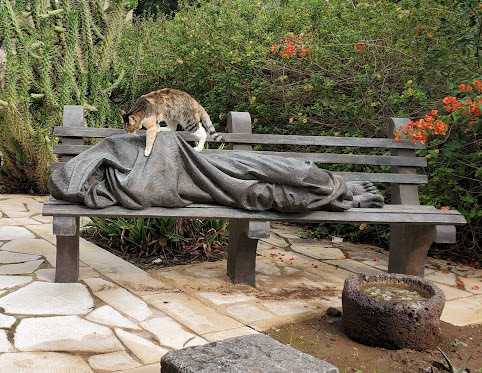 Saturday – 34 th Week in Ordinary Time Gospel – Luke21:34-36 Sleepy Head! Outside Capernaum My guess is that the one word that stands out for all of us in today’s Gospel is “drowsy.”   Is there any of us who did NOT nap after their Day of Giving Thanks feast?   I doubt it!   Once I sat down (after my second dessert) and tried to watch the last football game of the day, I crashed!   So say we all!!!   Today’s Gospel reading is Jesus’ last words we hear for this liturgical year.   Tomorrow is the First Sunday of Advent, the beginning of a new year!   So Jesus’ words should have special importance to us all in terms of how we will begin this new year! Jesus warns us in today’s Gospel NOT to get drowsy, to stay awake and alert.   He reminds us not to get so involved in this life, not to be distracted by the lures, the distractions and the worries of this life that we are caught unaware when the King returns!   Considering today amounts to ‘new year’s eve”, I think it’s
Post a Comment
Read more
November 26, 2021 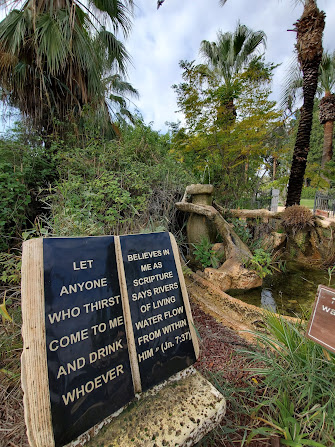 Friday – 34 th Week in Ordinary Time Gospel – Luke21:29-33 Words, Words, Words Mount of the Beatitudes Back when I was a Sophomore at the University of Maryland, my Dad and I had a little disagreement.   It was the height of the Vietnam War; it was the year of Kent State, protests and the Moratorium and my draft number was 115.   I told my Dad that I was against the war and that, if I was drafted, I wouldn’t serve.   His response: “that’s fine but if you do that, you are no longer my son.”     I was never called up so we did not have to go down that road any further.   Many years later, he and I were on the phone talking about nothing special – the weather, football, family.   And out of the blue, he says “you know that whole Vietnam War thing; well, you were right and I was wrong.”   And that was that! Words!   Words!   Words!   They can be hurtful or helpful!   They can be memorable and stick in our brains.   I remember those 2 conversations like they happened yester
Post a Comment
Read more
More posts