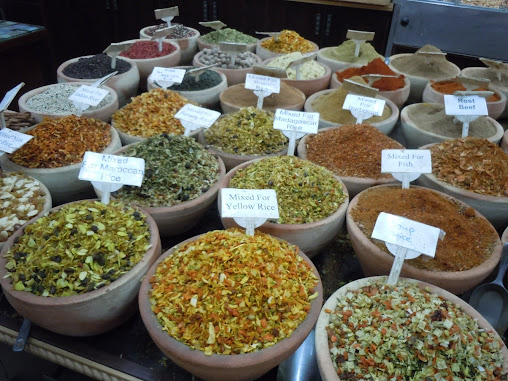 Ginger and I watch a lot of food shows, most of them cooking competitions like Top Chef, Food Network Star, Hell’s Kitchen and Chopped.  And with all of those shows, it boggles the mind how often someone gets booted off the competition because their dish “lacked flavor”, because their dish either lacked or needed just another pinch of salt!

I have to admit I like my share of salt.  To Ginger’s chagrin, I am always adding more salt to the dish.  I recall someone once saying that they would never trust anyone who salted their food before they even tasted it.  To each his own, I guess!

We tend to forget how important salt was in the ancient world.  Yes, it was used to season food and to enhance or bring out the innate flavor of the dish.  But it was also used as a preservative.  At a time of no refrigeration or freezing, that was the only way to extend the “shelf life” of food.  You salted fish to preserve it for the days when you didn’t catch any fish.  Salt, back then, was pure gold!

We live in a world today that has been dulled by sin, ignorance and sheer boredom.  We see so much violence, hatred and outright bigotry that we become used to it, at times unaffected by it.  Today’s Gospel reminds us that we are all called to transform that blandness of life – to give flavor to our own lives and that of others.  We are called to “preserve” our faith and keep it alive and keep it fresh and flavorful.  And we are also called to spread that faith, to bring that same energy and spice to the faith life of others.  So let’s get cooking! 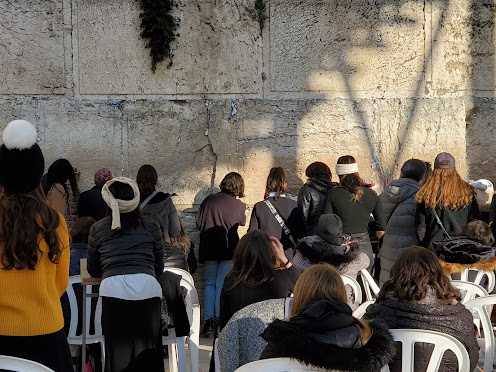 Saturday – St. Boniface      (revisited) Mark 12:38-44 Simple Gifts Praying at the Wailing Wall It looks like we are finally coming out of the darkness!   Lights are turning on; businesses are opening!   Definitely more cars on the street (not sure if that is a good thing or not)!   Dining out, going to the movies, morning coffee at the Perk, even a date night looks promising! But let’s not forget about all that we have endured to get to this point.   All those months of making do with what we have, limiting our trips to the store and our contact with others!   But, to be truthful, we really had a lot of time on our hands, time to think about what I have, what I want and what I really need.   It’s been an opportunity to consider what’s really important in our lives and what things we can just discard.   Besides all the house-cleaning top to bottom and the sorting out of all the stuff we have accumulated over the years, it has been a time to really appreciate all we ha
Read more
May 24, 2021 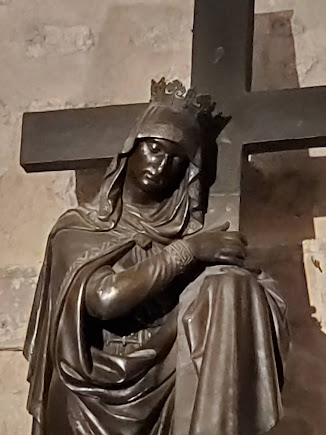 Monday – Feast of Mary Mother of the Church Gospel – John19:25-34 Help Me, Mom! Church of Holy Sepulchre, Jerusalem I remember when I moved into my first apartment.   Truth be told, I was completely clueless about keeping a clean space, much less knowing how to live (and cook) on my own.   It was my mom who got everything neat and tidy with a massive cleaning effort.   And it was my Mom who really took care of washing clothes whenever I brought them home.   I learned, little by little; but it took the example of my mom to show me the way. Can anyone even count, much less remember, all the times our mothers have come to our aid when we needed it.   Caring for us when we was sick, helping us with that difficult math homework, supporting us when we moved away from home, listening to us when life got difficult, protecting us when I fell and skinned our knee.   Most of the time, it was a dirty, thankless job but she did it anyway and she never looked for thanks or recognit
Read more
May 25, 2021 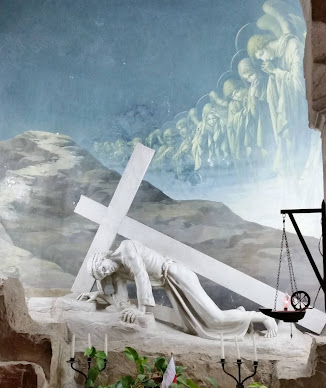 Tuesday – 8 th Week of Ordinary Time Gospel – Mark10:28-31 Sacrifice! Via Dolorosa, Jerusalem   My Dad began working in a little country store at the age of 16 and retired from that same store over 50 years later.   It was part gas station, part ice cream stand, part deli and liquor store, post office, supermarket and local gathering spot.   After hours, it was also home for a long string of brotherly games of poker.   During all those 50 some years, my Dad ran the store on his own, hardly ever took a vacation, and worked roughly from 5 in the morning to 10 at night, at least 6 days a week.   During the school year we basically say him only at dinnertime for about an hour.   In the last 10 years of the store’s existence, he was also doing double-duty as the postmaster.   And yet in spite of all the hardships, somehow out of that tiny little store, he managed to put all four of his children through high school and college.   I have yet to figure out how he managed to accomp
Read more